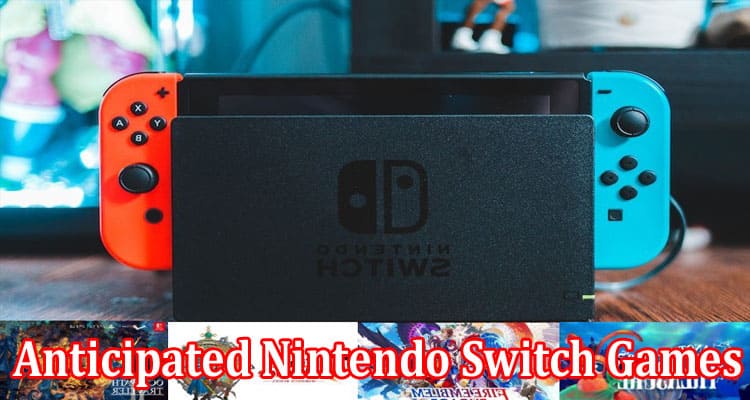 Nintendo titles have always attracted gamers with genre variability, adventurous storylines, and an immersive gaming experience. Distributed across an expansive range of consoles, these games are absolute entertainers for every generation. Likewise, Nintendo Switch games have become the new heartthrob in the gaming fraternity.

Getting them on your home utilities is an added advantage. You can quickly download the Switch ISO files for emulating the games on PCs and mobile devices. The following article talks about some of the most anticipated Nintendo Switch games to choose from.

Most Sought-After Nintendo Switch Games to Play in 2023

Looking at the vast diversity of Nintendo Switch games, you will have a hard time choosing one to start your console gaming streak. To make things easier, the following section outlines some of the top picks for the coming season:

Adding to the successful legacy of the Legend of Zelda franchise, this game is all set to hit the gaming market on May 12, 2023. The title has industry hype as the sequel of the franchise’s Breath of the Wild edition. The storyline features Link, the protagonist with his mangled arm. Trailers of the game show Link navigating through solid matter and flying through sky islands.

Additional elements include a gruesome corpse and the Mangled Sword. While much is yet to be revealed about the storyline, fans can anticipate possibilities. Some major guesses include Link’s damaged arm as a power source, the corpse to be of Ganondorf, etc.

Published by 505 Games, this Nintendo Switch title is yet to get a final release date in 2023. Developers are planning to launch the game on many platforms apart from the Switch console. The gameplay is set in a technologically advanced empire with magical expertise. The evil forces ruling the empire wished to expand their influence by searching for special artifacts.

The story follows the adventures of Seign Kesling, an imperial officer who bonds with Nowa, a villager in unlikely circumstances. The gameplay takes you on a combating journey to redefine right and wrong. You can create a party of allies to fight the war.

The game has impressive visuals in 2.5D with an orchestrated soundtrack. You will have a lifetime of experience doing jobs like cooking, fishing, farming, duels, card battles, theaters, etc. This action-centered RPG prequel is worth the wait!

If you are an RPG fan, this game is going to be your next year’s treat. Releasing on January 20, 2023, Fire Emblem Engage is a strategy-based role-playing adventure with a comedic twist in the tale. As a player, you are tasked to lead a royal dragon as the protagonist. All through the gameplay, you can summon Fire Emblem Heroes from the past with the power of selected rings.

The gaming quest demands turn-based strategy development while keeping you glued to the appealing graphics. On top of that, machos like Sigurd, Celica, Marth, etc. from the past will leave no nook to make you win the combat. Pretty welcoming for Fire Emblem fans! Isn’t it?

Octopath Traveler is regarded as the trendsetter for 2.5D games in the industry. With the announcement of its second edition in 2023, fans are expecting much to look at in the sequel. Octopath Traveler 2 is developed by Square Enix and is all set to hit the stage in the coming February.

The gameplay takes you to an entirely new world, featuring 8 new characters in an equal number of different stories. You will meet a dancer who seeks to make the world full of joy, while a scholar seeks vengeance for the villain of his life. The story of a cleric who tries to revive her lost memories will also fill you with sympathy in the meantime.

This game is a drift from the fascinating storylines of Soulslike titles. The franchise is known for launching strategic entries like Bloodborne, Elden Ring, Dark Souls, etc., which have a rather serious setting. You may be amazed to witness a colorful cartoon landscape under the oceanic waters.

The story revolves around a tiny hermit crab Kril and his quest against the large crustaceans armed with trash and junk. Every bit of Kril’s effort to prevent the ocean light’s corruption by The Gunk will keep you inspired and motivated throughout the gameplay.

You can use trash to resist enemy attacks by forming temporary shells. It also helps in unlocking the powers of sea creatures and making devastating blows. The title promises complete gaming entertainment in this new experiment of Soulslike console editions.

Nintendo Switch is a popular platform for console gaming in the current times. Whether or not a fan, the platform’s upcoming entries are worth a look!