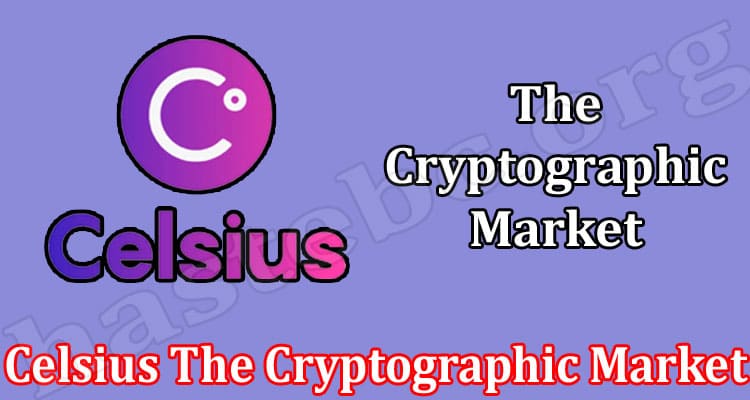 Effect Of Celsius The Cryptographic Market: The movements that cryptocurrencies are developing in recent months are leading many users to panic, one of the emotions that can have the most significant effect on financial investments.

It all comes down to several decisions outside the crypto market with the official App, from administrative, economic, and political, at the level of economies and some companies that are somehow involved with the cryptocurrency market.

We must always have among our sources of information all those that allow us to obtain relevant data and that, in some way or another, transmit tranquility and stability when deciding on the digital financial market.

Celsius Network is a platform that acts as a traditional bank to offer its users the possibility of saving and investing in cryptocurrencies from the financing perspective, where users deposit their cryptocurrencies. From there, they can request loans that allow in a certain way to increase their capital at the time of investing.

This platform’s most significant attraction for its potential users is the rate of return for the capital deposited, a kind of interest for a fixed-term deposit or savings.

The highest rates of return were those offered by Bitcoin and Ethereum, between 6.25 and 6%, even offering up to 18% interest as a benefit to its users.

Impact of Celsius on the current scenario of cryptocurrencies

The decrease in the value of cryptocurrencies, especially Bitcoin, which has reached the floor of $23,000, has caused a stir among crypto investors.

Everything that happens in the digital financial market usually finds someone responsible.

Although a few days ago, the cryptocurrencies went through a complicated and critical situation after the collapse of terra-luna, now a complex problem related to the Celsius platform arises.

Now is the time for the so-called cryptographic “corralito”, but what does this term refer to, and how does it impact the digital financial market? Well, very simply, it can be considered a protection measure for entities that develop in the cryptocurrency environment to protect their users’ capital and avoid significant future losses.

It usually happens as a precaution against a possible major crash in the cryptocurrency market.

The most significant impact of this measure taken by the Celsius platform is that its clients and users will not be able to use their cryptographic funds; that is, their accounts are frozen.

A rather drastic effect that, as expected, caused Bitcoin and the other cryptocurrencies to decrease in value.

The cause of these actions by the company was the extreme volatility that the digital financial market is experiencing, where more than 1.7 million of its users will not be able to withdraw or transfer funds between their wallets until the measure is discharged.

Celsius is not the first company in the cryptocurrency market to limit its operations, as is the case with Coinbase and BlockFi, executing dismissals through email to avoid future bankruptcy.

Since the beginning of 2022, Cryptocurrencies have been in a very turbulent environment, from the measures taken by the United States Federal Reserve to the decisions of crypto companies.

Without leaving aside the situation that arose after the multimillion-dollar fall of Terra-Luna, leaving the digital currency with less than 95% of its value.

The constant need for regulation of digital currencies makes more than one of its users think that it is indispensable; the problem is the control that is desired over these crypto assets, and although their weaknesses are highlighted, their strengths are more significant.

The present and future economy must be in the process of transformation, which is why the ups and downs that these digital assets have shown are part of the cycle of an economy in constant change.

Users, prominent business people, governments, and entities in the financial sector are waiting for what may happen in the face of all these critical moments that cryptocurrencies are going through.

The reality is that many are currently using digital currencies, and the future is uncertain; it is very feasible the adoption of cryptocurrencies.