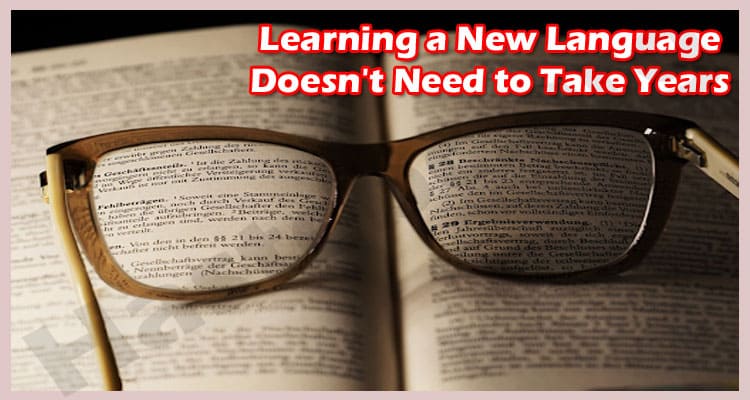 Learning a New Language: Worried you’ve left it too late to learn a new language? While many adults regret not pursuing language study in high school or college they might think a foreign language is beyond them, but this isn’t the case.Admittedly, adult learners face unique challenges when approaching foreign languages later in life, but no critical learning window or cut-off point is holding you back. How long does learning a new language take? Ultimately, that depends on how you approach the learning process and how much time you’re prepared to invest.

How Long Does it Take to Learn a Foreign Language?

The US Foreign Service Institute (FSI) offers some valuable insights here. To make life easier, languages are broadly divided into four so-called tiers. Group 1, including languages like German, Italian, and French, is considered the most accessible for English speakers. Generally speaking, you’ll need to invest around 480 hours of practice in reaching a basic level of fluency in one of these languages.

Group 2 languages, including the likes Hindi, Greek, and Urdu, is a different matter entirely. As a rule of thumb, achieving basic fluency in one of these languages will take you an estimated 720 hours. However, when it comes to Groups 3 and 4, encompassing languages like Amharic, Hebrew, Arabic, and Japanese, average learning times become harder to estimate.

How to Make Language Learning Easier

If these learning hour estimates haven’t put you off and you’re still eager to master a second language, there are several things you can do to streamline the process. Hitting the books isn’t always the best approach for many adult learners.the books isn’t always the best approach. While getting to grips with basic grammar and spelling conventions is important, many adults find it more helpful to learn through repetition.

Once you’ve been introduced to basic sentence structures and key phrases, the best thing you can do is put them into practice. Even if your grammar isn’t quite there yet, you can still develop a solid language proficiency that can be used in real-world scenarios. Repetition will help iron out all the kinks, especially when it comes to pronunciation.

Listening is also crucial. Even if you can’t speak with a reasonable degree of fluency, you’ll likely be able to discern the meaning behind a reply in the language you’re looking to learn. Everyday exchanges with a native speaker can provide you with a wealth of information to l enrich your learning. This approach is handyl for picking up grammar tips and sentence structure.

This is the only way to be confident in your emerging language abilities. If you have to learn a foreign language because you’ve recently relocated to a new country, this shouldn’t be too much of a problem. Avoid hiding away inside or falling back on English. Instead, immerse yourself in your surroundings and make full use of your foreign language skills, however basic. Even foundation-level fluency should be enough to get you by in day-to-day exchanges.If you’re looking for an honest critique of your abilities, make friends with native speakers or call on the services of an experienced language tutor.